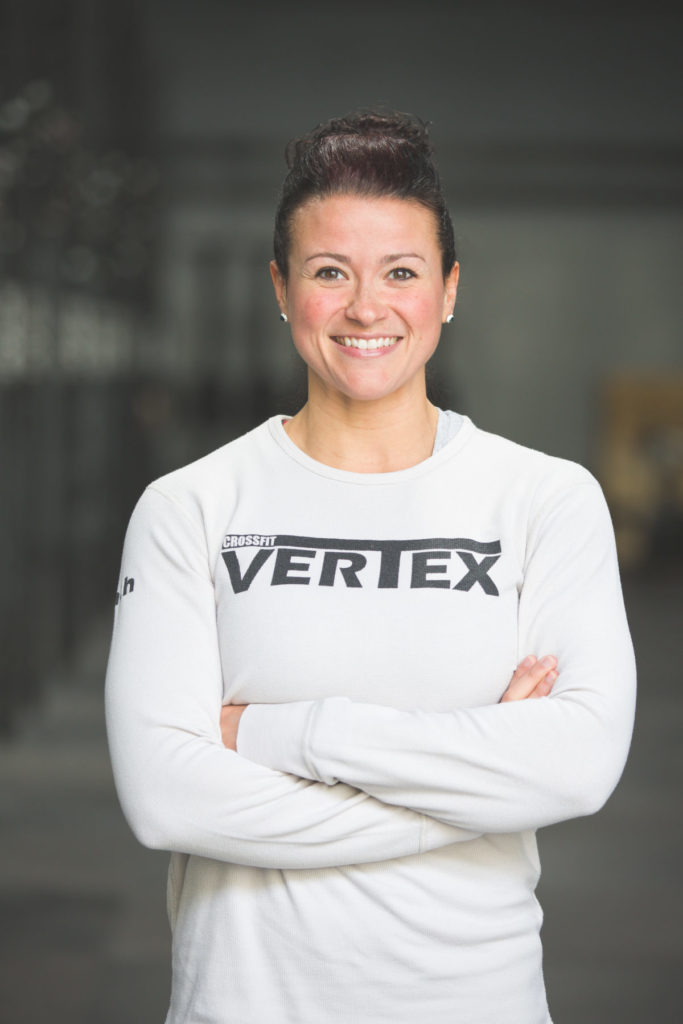 Kaleena found fitness at the age of 20 when she began consistently training at a traditional gym.  Like most new gym-goers, she focused on body building movements and Powerlifting.  After about a year, she began to broaden her horizons and started to incorporate more functional and foundational fitness concepts.  These concepts included the Paul Chek Core program, cardiovascular interval training (now called HIIT), and MMA conditioning.  After falling in love with the intensity of these regimens, Kaleena decided that in order to continually improve as an athlete, she would need to continue with intensity packed workouts.  That’s when CrossFit made its way into her training regimen.

She was introduced to CrossFit with her seven year training partner, and CrossFit Scranton owner, Tom Casey.  While experiencing her first CrossFit WOD (Workout of the Day) at a traditional gym, it was clear that the intensity and style of the CrossFit regimen required a different type of fitness space. Kaleena decided to take her training to an MMA academy where she continued her fitness journey and found her zest for programming challenging workouts.

After a year of coaching and training CrossFit at the MMA academy, she attended a CrossFit Level 1 Certification Course in April of 2010 and earned the CF-L1 Trainer Certificate.  A short time afterward, her long time training partner Tom Casey opened up CrossFit Scranton and Kaleena signed on as Co-head Coach.

Kaleena credits the CrossFit regimen as the main reason she’s such a well rounded athlete, but it’s the opportunity of coaching that she most enjoys.  She finds nothing more rewarding then imparting fitness knowledge to others and watching her athletes reach healthy goals.

It was clear after the experience gained at CrossFit Scranton, that Kaleena was destined to change lives one workout at a time.  That mindset and drive was the catalyst for the collaboration between Kaleena and Coach Tara.  Together they decided to expand the CrossFit community further across Northeastern Pennsylvania with CrossFit Vertex.

Please fill out the form below.

We will reach out to you.